once a Catholic always a Jew I always say

Alright, let’s see what we have today (lots of video):

First up, it’s an overused song, but it is the encore to the musical American Idiot, and is a great arrangement:

For those who like Sriracha, how about in your beer?  I”ll pass.

Thanks to Josh for finding this high adventure urinal:

I may have posted this before, but it is a beautiful episode, and timely, since I just read Hyrule Historia.

This is a little trippy, but I love it: 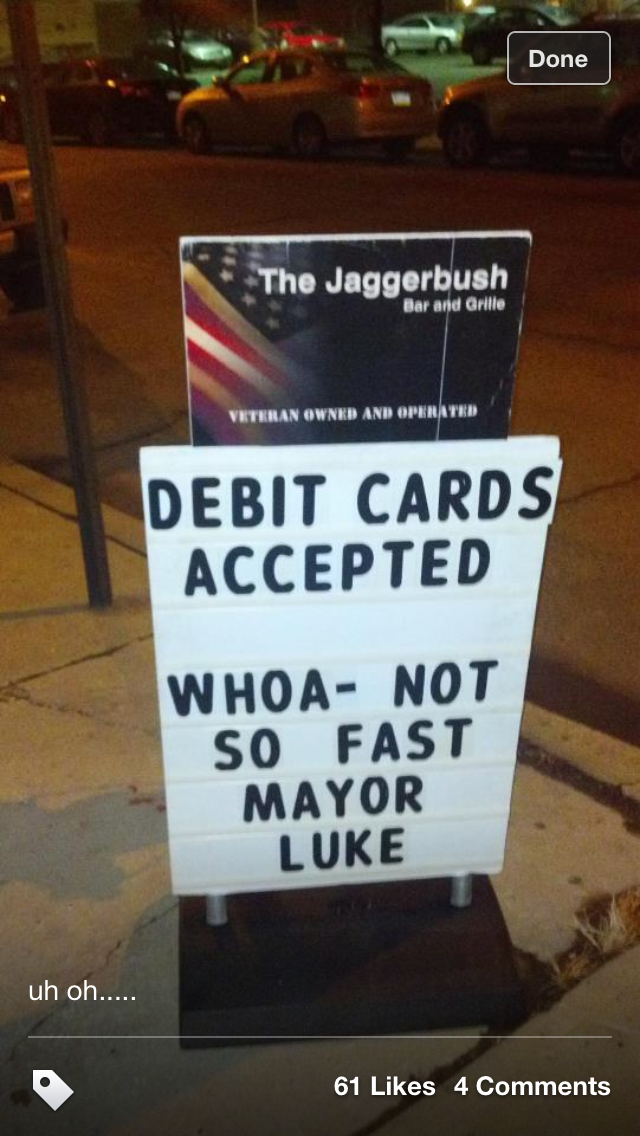 As a reminder, the ACLU defends free speech.  Even if it’s speech they don’t agree with.  That’s kind of their job and why I support them so much.

Lots of nerdy fun in this one:

The aptly named, Is Nate Silver a Witch (.com)  Probably, by the way.

NFL Quarterbacks and their Muppet counterparts.

I enjoyed this short TED video:

Alright, that’s it for today, have a great one!

“I can’t believe you like money too. We should hang out.”

Let’s see, quick update for everyone.  First up, I finally found a cool voter resource.  Put in your address, it pulls up your choices (down to local representative) and you can send to yourself an info page including polling place.  Check it out here.

Here’s a reminder for you though:

More info about it here.  And Romney’s disastrous history of emergency management.  And a Republican campaign manager tweeted known false information last night during Sandy, resulting in more chaos.  Like yelling fire in a crowded movie theater, this may be illegal, and he’s being investigated.

And lastly, nothing to do with politics, this awesome family circle (easier than a tree) of mythological gods.

This could probably also be posted on “The Great and Secret Show” but for now, I’ll leave it here on Warhol’s Phone.

The City Paper is reporting that the ACLU is looking into the almost arrest of Green party activists at Point State Park.  Apparently, it is against DCNR regulations to distribute anything political in their parks without getting prior permission.  This line of the article made me laugh a lot:

Turns out the regs have been in place for nearly 40 years … but even the ACLU never noticed them:

It’s tough, I guess that I don’t know enough about the review process, and even if there will still be any kind of process in this whole mess.  Of course I think we need to protect our first amendment rights, but we also need to protect our natural resources, which is ultimately what the DCNR does.

How much of a bother are groups passing out literature or holding rallies in parks?  I guess that too, depends on the person.

So at the moment, I have a whole lot of nothing to add to this conversation, but that’s okay too, I just wanted to bring he matter to everyone’s attention.

Congress shall make no law respecting an establishment of religion, or prohibiting the free exercise thereof; or abridging the freedom of speech, or of the press; or the right of the people peaceably to assemble, and to petition the Government for a redress of grievances.

Welcome to a can of worms.  And to be quite honest, there will be many, many posts that come back to the words above.  But for now, I’d like to draw your attention to a story coming out of Phoenix.

Jeff Pataky’s website, Bad Phoenix Cops, undoubtedly caught the attention of the local authorities.  Any organization or company with an ear to the Internet and social media would have been aware of a similar site directed towards them.

But what happened next is what sets this story apart.

Pataky’s house was raided and his girlfriend was handcuffed for three hours (he was out of town).  Files and computers were seized under warrant.

As opposed to an accredited grassroots web site?  The Internet is (at least, we take it for granted to be) such a free medium, or minimally, with an understanding that in the U.S. it is fairly free, it allows citizen journalism to blossom.  But that growth is only allowed to continue with the understanding that it is a medium to express thoughts, to investigate and to connect, as long as none of the above damage or harm another person.

So what does this case mean?  Is it setting a president that without an accredited press badge, citizen journalists don’t necessarily have their first amendment rights?  Will we see a rise in amateur press badges (photoshop can be a wonderful thing)?  Do we even need press badges?

And I do have to do some more research into this case, but what does it say about the professional press as well?  Are they coming to Pataky’s aid?  Or in the death throws of the newspaper industry (to be just a bit overly dramatic), can this be seen as a victory for the traditional press?