Come with your truck, a wheel barrow, and some friends – and I guarantee that you’ll have a rockin’ time. (if your definition of rockin means gathering rocks that is)

Alright, been a bit, but let’s see what we have today.  First up, would you like the sheet music for the THX deep note?  Here it is.

In the news that has me so excited, Idris Elba is going to start in, produce and direct Netflix’s new, live-action Hunchback of Notre Dame!  Hunchback is my favorite animated Disney movie and in my top five stage musicals so I cannot wait for this!

Overwatch has partnered with You Can Play, marking that non-profits first foray into eSports!

Alone in the Game explores what it’s like to be gay or trans in sports.

Because his is where we all said we were headed: GOP congressmen want to make it legal for people to not sell houses to queer people.  Because fuck this world.

And a reminder, they’re far from perfect, but the Democrats every now and then pull out a great win when it’s needed.  In South Carolina, a clutch filibuster helped prevent an abortion ban from being passed.

A favorite web comic of mine, Surviving The World just wrapped up, but here is his last Pride comic: 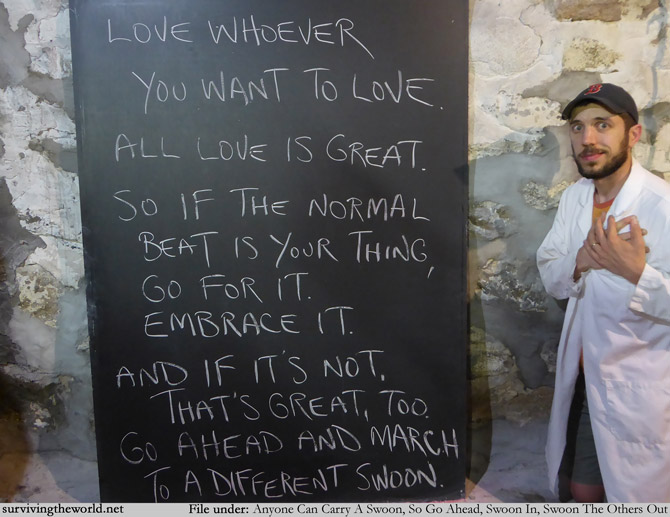 The new Smash Bros. looks amazing (although I actually don’t like the art direction on the character models):

And of course, the CDC will roll back the collection of data from queer communities, which will lead to decrease in funding and more deaths from diseases that affect us more than other communities.

I’ll be talking about the Supreme Court decision in Masterpiece Cake in a later post, but this executive order from May is also really, really dangerous.  We’re quickly moving into a world where the few rights I have are being superseded by the ability for people to use their bigoted “religious views” to discriminate against me.  And yes, even if you’re using religion, it’s still bigoted.

Alright, that’s it for now, sorry for all the depressing things, but sometimes, that’s just what the world deals you.  I’ll be back with more soon!